To understand the pathophysiology of tinnitus it is first necessary to understand how the ear itself works. As can be seen in the accompanying cross section (Figure 1), the ear is comprised of much more than the visible skin and cartilage appendage on either side of our heads. A brief overview would begin with the outer ear, which extends from the auricle (what we call the “ear”) down the ear canal to the tympanic membrane, or eardrum.

The eardrum serves as the division between the outer ear and the middle ear. The middle ear is an air filled cavity containing the auditory ossicles (ear bones). These bones are used in transmitting the sound energy from the vibrating eardrum to the cochlea.

The cochlea is the portion of the inner ear responsible for hearing and it is within the cochlea that the origins of tinnitus arise. Within this fluid-filled, snail-shaped, bony capsule, the mechanical energy of the vibrating ear bones changes into an electromechanical energy by triggering the microscopic sensory “hair cells.” These hair cells, so named because of their appearance, send neural impulses to the brain for interpretation. (As an aside, a separately functioning portion of the inner ear attached to the cochlea [the semi-circular canals, visible in the cross section] is responsible for the sensation of balance and acceleration.) 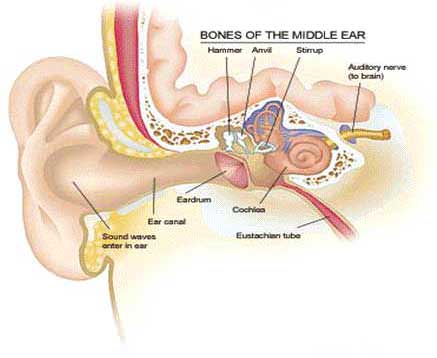 Figure 1: Cross-section of the human ear

The Tinnitus Problem is in the Hair Cells

The sensory receptors, known as hair cells because of their appearance under magnification), are shown in Figure 2. If you can visualize a conch shell from the beach (similar in shape to the cochlea in the human ear which houses the organ responsible for hearing) with hair cells resting on a shelf that stretches throughout the coil of the shell, you can appreciate how many hair cells there are. What you see in Figure 2 is a representation of a slice of the long rows of hair cells revealing three rows next to each other called the outer hair cells (because they are positioned toward the outside of the snail-shaped cochlea) and a single row of inner hair cells. 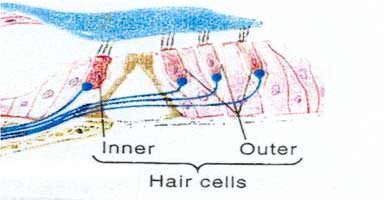 Figure 2: Cross-sectional schematic view of the single row of inner hair cells and the three rows of outer hair cells within the organ of Corti in the cochlea of the human ear.

All nerves have a random baseline of activity. The nerve receptors at the ends of your fingers are constantly “firing” and sending impulses to the brain. These random firings are filtered out as meaningless so that the brain pays them no attention. It is only when we touch something that the nerves fire in a more patterned sequence. It is the patterned neural impulses that gain attention within the brain and that are assigned meaning.

How does this happen? There are approximately 3,500 inner-hair cells, and it is these inner hair cells that are responsible for hearing. The outer hair cells are responsible for fine-tuning so that we hear better. The outer hair cells are much more plentiful than the inner hair cells, numbering about 12,000. These cells, to the extent possible, will enhance the weak sounds that are received to make them more audible and they will attenuate the loud sounds to make them more comfortable. The outer hair cells are more susceptible to damage from viral infections, exposure to intense sounds, and medications that can be toxic to the ear. (See Figure 3.) Our ears can sustain a diffuse 30% damage to the outer hair cells before a decrease in hearing is even evidenced on a hearing test. However, this damage can alter the random neural activity that is normally interpreted by the brain as a code of silence. Now, the random firings, occurring in the absence of an actual sound, are “heard” by the brain. Thus, tinnitus is not a sound in the true sense of the word. Rather, tinnitus is an alteration in the normal random firings of the nerve receptors of the ear. 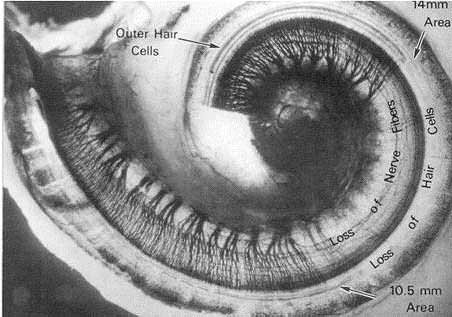 Figure 3. Electron micrograph of a portion of the spiral curve of the human cochlea revealing a total obliteration of the outer hair cells and their accompanying nerve fibers following occupational noise exposure.

For Some, Tinnitus is not Consciously Heard

The alterations in the normal random firings of the hair cells are “heard” only because they are a novelty: something new. Novel sounds are always heard initially, but when they loose their novelty they leave our conscious attention. An example of this is the noise of the fan of your computer. You may have been conscious of it when your computer was new and the sound was a novelty. But as you became accustomed to it, it faded from your conscious audition. It is still there, of course; and is still heard if you think about it, as you probably are now. But otherwise it is not consciously audible.

The tinnitus heard by most people loses conscious audibility when its novelty wears off. This happens when one fails to attribute any meaning or significance to the sound. If we label the sound of the tinnitus as something negative (for example, a sign of impending deafness, a sound that may worsen and over-power us, an abnormality that signifies a significant pathology such as a tumor, etc.), then emotional reactions are attached to the sound. Once this happens, we become increasingly aware of this sound that otherwise would have been filtered from our consciousness. Therefore, the primary difference between people who just notice their tinnitus, and those who suffer because of it, is the negative emotional attachments they may bring to its existence. For some of these people, the tinnitus can become quite debilitating.

The good news is that tinnitus can be helped. See what you can do to combat your tinnitus.